February 28 (Sunday)- Magha Puja (‘Sangha Day’)- It commemorates the spontaneous gathering of 1250 arahants, to whom the Buddha gave the exhortation on the basis of the discipline (Ovada Patimokkha). It will be a public holiday for Thailand (and some office may take Monday as a replacement day off)

Etaṃ buddhāna-sāsanaṃ.
These three are the teachings of the Awakened Ones.

na hi pabbajito parūpaghātī
those who destroy life are not the ascetic,

Etaṃ Buddhāna-sāsanam.
These six are the Teachings of the Awakened Ones.

It is a short discourse but with very deep meaning. I chant this sutta almost every morning as part of my morning chanting.

Years ago, I was told by a nun who have underwent tudong (ascetic practice) that during a very difficult time when she was all alone in the forest, she asked the Buddha for guidance. She then heard an authoritative voice, "My teachings are all summarised in Ovadapatimokkha. " She then looked up the sutta and true enough, the answers to the questions that she was searching for was there. Tears came to her eyes.

Note: If you have read Ajahn Maha Boowa's biography, you would have read that devas, and sometimes Arahants who have passed away and even the Buddha come to teach monks and nuns who are practicing deep into the wilds. They appear as human form as it is a form that can be perceived and understood by a human being. Even though it is not logical, it happens to those who have achieved a level of purity in their hearts or have past affinities to be able to perceive them.
The nun also taught me that that we still need to be careful at forms or external knowledge that we are perceiving as the result of our meditation. All messages have to be examined and not to be believed blindly. If we choose to follow these forms, and gaining more ego because we thought we've attained psychic abilities, our practice will suffer. As our mind moves outward to perceive external objects, our mindfulness and concentration will weaken. The best is to direct that powerful skill back into observing our own bodies- the 32 parts of our bodies till we are able to achieve true insight and realization. If we are misled and our egos got bigger, our practice will not progress- instead, it will degenerate. The timely guidance of a good teacher is invaluable at this stage.

Teachers like Ajahn Mun and Luangta had been known to come down hard on students who have attained psychic abilities as a result of intense concentration and jhanas- and use it to perceive heaven, hells, read people's mind, etc. And students who listened to them eventually emerged as great meditation masters. Sadly, most of the first generation of meditation masters who practiced under Ajahn Mun (except Luangta Maha Boowa) have since passed on.

Decades ago, during the early years when he was a monk, Luang Phor Fan used to direct his attention outward but each time he sent his citta outwards, he would see Luang Phor Mun's face looking at him. This happened each time that he was sure that Luang Phor Mun did not seemed to sleep at all. Out of fear of being reprimanded by his teacher, Luang Phor Fan stopped sending his attention outwards- instead, he used his powerful concentration to focus inward by looking at his body and eventually saw through impermance, suffering and non self. Eventually he became a well-known vipassana teacher teaching disciples like Ajahn Suwat Suvaco. Ajahn Suwat taught Ajahn Thinassaro, who made the Thai Forest Tradition teachings known to the English speaking world through his translations. 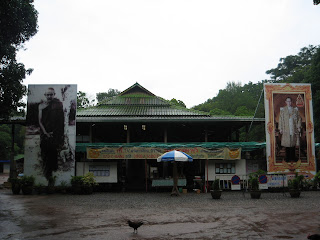 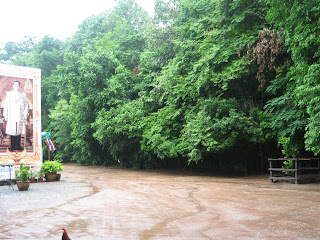 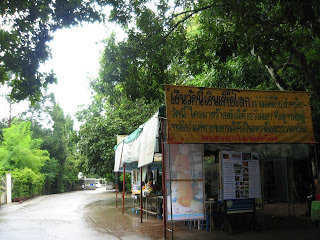 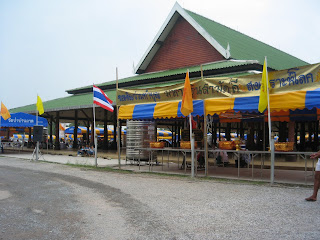 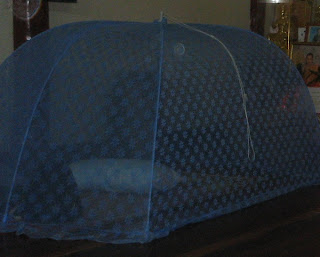 Posted by Thai Forest Tradition at 2:49 PM No comments:

Following is the book, Path to Arahantship, taken from a transcribed talk delivered by Luangta Maha Bua and translated to English from Thai.
To read the book online, you can visit http://forestdhammabooks.com/ and scroll down to the book and click read online. Please note that you need Acrobat reader in order to read it. 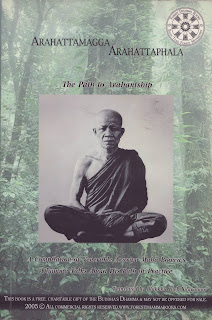 As I have the physical book given to me by Ajahn Dick, I scan the picture taken from the book to share with you: 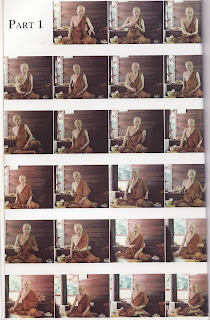 Please note that Luangta Maha Bua writes all his books as a gift of Dhamma. None of his books are ever sold for money as according to Luangta:
"The Dhamma should not be sold like goods in the market place. Permission to reproduce in any way for free distribution, as a gift of Dhamma, is hereby granted and no further permission need be obtained. Reproduction in any way for commercial gain is prohibited."

Sadly, I have seen books like the Autobiography being sold online. Luangta's books are all distributed free- if you are not able to obtain it online, you can go to forestdhammabooks.com or accesstoinsight.org under Thai Forest Tradition sections.
Posted by Thai Forest Tradition at 5:49 PM No comments: