Wat Doi Mae Pang (near Chiang Mai, Thailand) is located about 30 minutes from Wat Pa Luang Phor Mun. It is located along the road of paddy fields.

Luang Phor Waen, a disciple of Luang Phor Mun, stayed in the temple until he passed away. 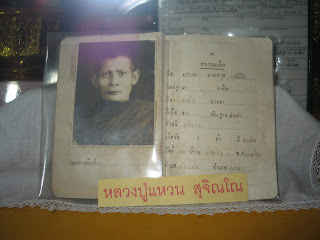 Above: Monk identification of Luang Phor Waen when he was young. This was obtained from the museum located in the monastery. 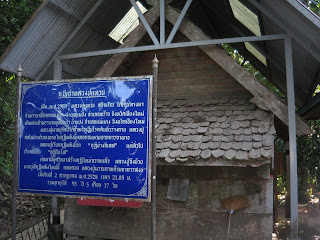 Above: The kuti that Luang Phor Waen stayed. 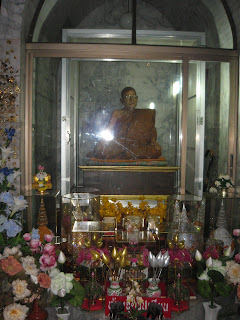 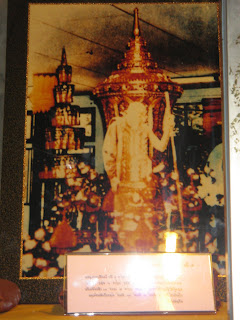 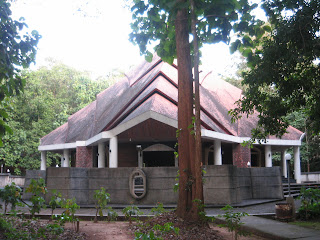 Above: The museum where Luang Phor Waen's belongings can be viewed.


The monk who took care of Luang Phor Waen: 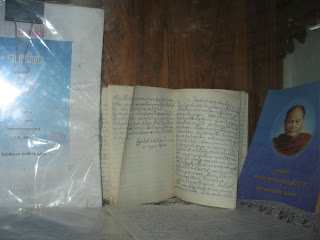 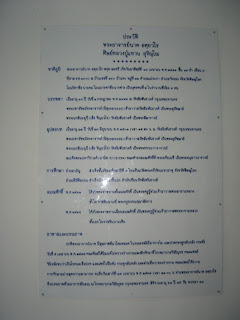 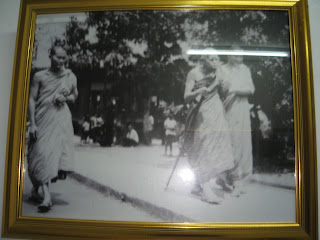 Above: Luang Phor Waen with the monk who took care of him in his later years. The monk later became the abbot. When he eventually passed away and his body was creamated, the remains turned to relics. 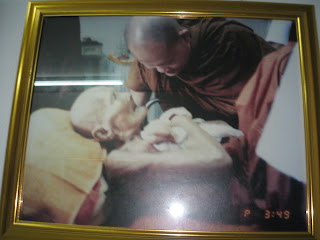 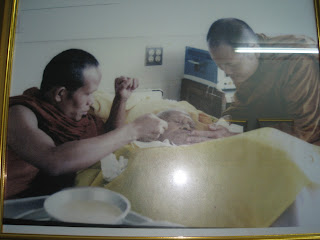 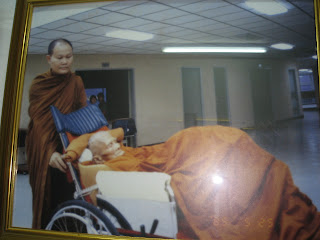 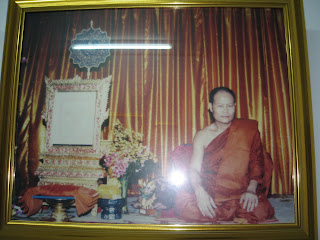 The Basis of Buddhist Practice by Ajahn Panna (Part 3)

Continue from Part 1 and Part 2:

A: The people in the world generally have the idea that they can live forever. They act as if they can live forever. They act in careless ways, different ways as though they have all the time in the world to play about. Now, when one contemplates death, one realize that one has not got all the time in the world. In fact, time is short. And one better get doing something. And this can be something very important to give one a sense of urgency. Again if you contemplate death, your mind tends to wonder far less and to wonder about all sorts of things rather. Coz when you realize that if death can come any moment and if one cannot be sure that one can die within the next 10 seconds, and if a person can live like this, they won’t go hankering after things in the future. Good thing is that the future is very uncertain. Coz they don’t hanker after things there isn’t the craving. When there is not the craving, one is not creating the discontent. Coz the contemplation of death can cut down the discontent.

Q: So you suggest and approach and method of the contemplation of death. What methid of doing it? How one started, what one thinks about?

A: Well what does it mean? When you come to the time of death, what’s it’s like. Try to think. Then think this body. When this body goes, all sensation does, 5 senses goes,
So one’s perception of the world as one knows it, they all disappear. One’s memories presume ably do.
One’s possessions will all go completely. One has no control over the slightest part. One’s on its own. Now one got to think about this and think about what it means:

If one is aware of death, one contemplates death well, one feels it is easy to clear it. Importance of these things tend to die away. Because of that, they change and become something that most people do not like, then we are not so affected about things. I mean for example it is money, presume one makes a lot of money. If one contemplates death, one realize that all these money one can’t take even the tiniest bit to somewhere else, to another life.

Really, it’s hardly mine now. I use it, but to call it mine is not suitable, really. Because, first of all, it is a very conventional thing in society. It is not something I can do without as I like. I only do with what I like within somewhat very definite limits. And then when I die, I won’t have that much control. The whole lot goes somewhere else.

Now supposing the person really thought like this long enough and they really feel their money is not really that important and for some reason they lose their money like stolen or financial situation changes and they lose it, they don’t become so hard on them. They don’t feel it so bad. Coz they did not think as belonging to them or being such indispensible possession. When it goes, they don’t feel it is something they personally lost. Because of this, there are less discontent. Less and less suffering. That person is much happier. As to saying that the contemplation of death is morbid, it is pretty
What does morbid means? Concern for dead. Doesn’t mean very much to say it is morbid.

Q: Buddhist concept is that when we die, that our mind does not really die and that we are reborned. How does this fit in the contemplation of death and in what respect do we die and….
A: The citta is something that is very difficult to understand. It is rather like this- to give an idea of what it means. We see that there has no taste and touch things.
But how do we know things. What is this knowing? Supposing that you see something and you know perfectly well and you know that it is such and such an object and the purpose and all, how do you know that you’re not deceived? Coz there is something in you that knows. How when you ask what is this thing, it is very difficult to catch it.
In fact, the knowing is the quality of the citta. It is one that knows. But the knowing is not a sensation. When you know something, it is not a sensation. Coz a sensation is something you know. In other words, when you see something, you define something as such and such an object and you know that it is the correct definition of that thing. But the knowing itself is not an object. You can’t find it. But knowing is something the citta’s does. I don’t see much point in going into the ways of the citta at the moment. It takes really too long it is not really practical for the people in the West to get too concerned about it.