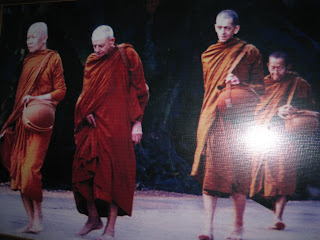 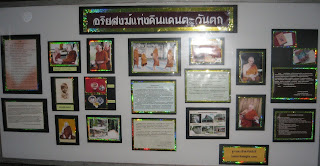 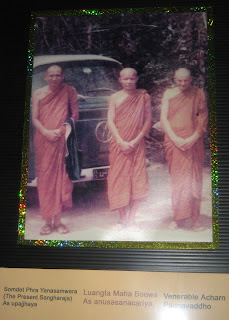 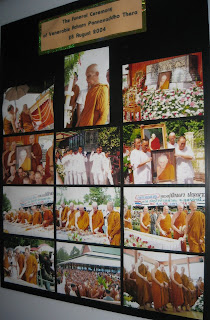 Note: Venerable Acharn Pannavaddho Thera passed away at Wat Pa Baan Taad at 8.30am on August 18, 2004. He died of internal cancer. He was 78 years old and had been a Buddhist monk for 39 years.
Posted by Thai Forest Tradition at 5:35 PM

Peter J. Morgan was my uncle, my father's brother and while I only met him on one occasion, I loved him and was sad at his passing in 2004.
His brother, David Rees Morgan, grew up with him in India and also was educated at Cheltenham. He married my mother, Janet Morgan (nee Livingston) and had three children: my brother Daniel Morgan, my sister Judy and me, Peter Jasper Morgan.
I guess I was named after him.
We are currently residing in Vancouver, British Columbia, where I am a nightclub owner!

Jasper, thanks for sharing.

I visited with Tan Pannya in 1999 and 2001. He answered my questions about the Dhamma in a wonderfully concise way; I'm sure he had years of practice fielding Bhuddism 101 questions from Western visitors. He was a wonderful Acharn.