Back to: Paying Our Last Respect Main Page

Previous: Cover and photos of the first few pages of the book
Next: A Biography of Luangta Maha Bua Nanasampanno


The idea for this book was formed during the preparation for e funeral of Venerable Acharn Maha Bua Nanasampanno. While the cremation of Than Acharn Maha Bua took place, parts of this book were read or played for everyone to listen to. This is one of the main reasons for the title, "Paying Our Last Respects". As this Was such a grand event; I felt it necessary to make it available to English readers.

In these talks, as in Thai usage in general, the words 'heart' and 'mind' arc used interchangeably. Both the mind and the heart are ftspects of the Pali word citta. Some of the Pali terms are explained In footnotes or parenthesis, however a more thorough explanation Can be found in the glossary.
Although the translation of Pali words Into English may make it easier for the reader to understand the text, some of the translations could lead to a misunderstanding. At the same time, too many Pali words would make the text awkward find difficult to read, so the use of Pali words is limited only to those, whose translation could lead to misunderstanding.

I hope that this book will not only commemorate the outstanding and unique personality of Than Acharn Maha Bua, but hopefully it will give a brief introduction to his life, and especially his legacy of leaching the Dhamma to reach nibbana, to so many people both Ordained and not ordained.

Without the help of StevenTowler, who did the main translation of the talks, this book would never have been possible. My gratitude and thanks to Steven.

I would also like to thank Khun Ying Miskaman, and Ken for their enormous effort in helping me to produce this book, and others who helped me to proofread the book.

If there are mistakes, or even wrong translation that leads to misunderstanding, then I ask the reader for forgiveness for portraying Venerable Acharn Maha Bua in a wrong light. 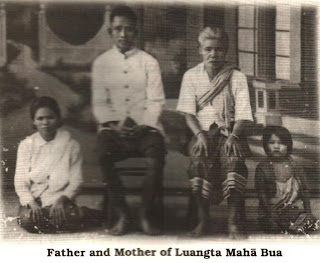